If you ask Johnny JoeCollector when those aspiring Canadians started doing their "JoeMeets" a lot of folks would probably tell you it was last year. Black Ice made an absolutely huge splash on the 'net last year (deservedly so) and before that point, to a lot of folks the JoeMeet was off the radar. Well, the JoeMeet has been going on officially for five years, actually, and for the past three years, Mike, the brainchild behind the entire thing, has done his best to try and get a great figure out to the attendes. A figure that is unique, fun, yet also has to be something that is financially and structurally feasible. So far, in all honesty, Mike is three for three. I will say, though, that while Black Ice was a grand slam home run, Shiver is probably in all fairness, a solid double. Well maybe a triple if you run real fast. ;) Regardless, it's a very cool figure, it's just hard to match the greatness that was Black Ice. Comparisons are often unfair, as I believe each figure should be held on it's own merits, so rather than trying to compare Shiver to Black Ice ad naseum, let's just cover the Shiver figure itself, because it's still a terrific, unique figure, and a fun one to incorporate into your G.I. Joe universe. 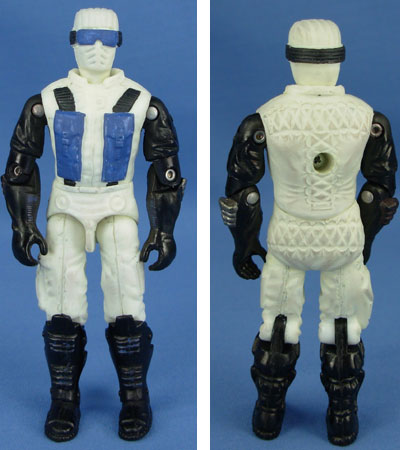 The first challenge Mike always faces when conceiving of these figures is that he needs parts that are not only cool, but are easily accessible, and that match the concept he has in mind for the figure. While he can enlist the aid of tooling and casting experts to produce items like heads, torsos, and leg pieces, getting folks to cast arms, rivets and all, is a difficult endeavor. So far, though, Mike has done a great job with the resources he has...some would argue he's done a better job with his limited resources than the major producers have done with theirs. I'd agree with that sentiment.

When the concept art for Shiver first started making the rounds, I must admit I was a bit dubious. To me, the head sheath was a huge component of what made the Desert Scorpion head successful, and without it, the head would just look somewhat...naked. Well, I'm happy to say I was quite wrong about that. Not only does the head look fine without that cloth sheath attached, but he looks like a totally new character. The really identifiable part of the Desert Scorpion character is now gone, so the head works very well. The goggles and airmask also serve to be good protection in the Arctic environment, so it all ends up making a lot of sense. 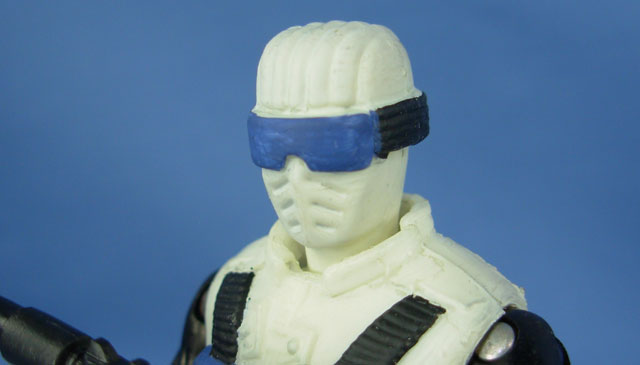 Beyond the head sculpt, the parts chosen for Shiver are all late 80's/90's parts, which suits me just fine. The parts layout is actually as follows:

I make no secret that I really love most of those later parts, and that holds true here. Countdown's arms had some great texture and bulk to the figure, and I've always been a fan of using Countdown parts for non-astronaut figures. I know it was tough for Mike to get his hands on all those Countdown arms, but he came through, and I'm glad he did, because they look great used in this capacity. The Aero-Viper parts, while designed for a pilot, work remarkably well as an arctic specialist. My only slight hitching point might be the Nullifier legs. From a bulk perspective they look great, and I love that little armored plate on the left leg, but that pistol on the right leg is a little "out there" and doesn't necessarily fit the rest of the figure. Besides that exceptionally minute, minor nitpick, though, the parts are all terrific. They really work well as an arctic uniform, and have some very nice intricate detailing, while still remaining simple enough to work as a "real world" uniform. All in all, I'm quite pleased with all of the parts chosen for this figure, great work all around. When it comes to coloring, that is another aspect the JoeCanuck guys can sometimes get in trouble with. Black Ice was the best of all worlds, simply because the bulk of the figure could just be Rit-Dyed and lots of trouble was saved. Of course they don't want to simply release black figures over and over again, so they wanted to switch it up a bit with Shiver, and I think it works fairly well. White is always a very tough color to work with, but they managed to do a pretty nice job. The coat is even and well-applied (though there are a few parts that sort of show through...stuff like that is to be expected, though, when it comes to white). Serving as an arctic specialist, the white base uniform color makes perfect sense, and I was very surprised to find that the black boots and arms actually work remarkably well, even with the lighter overall color tone.

Of course white and black can sometimes be a relatively uninteresting color scheme, but Mike adds some nice blue trim throughout that makes a big difference. Not only that but immediately Shiver as a character is tied in tightly with Black Ice, and the two of them compliment each other wonderfully. All told, the colors all work very, very well. 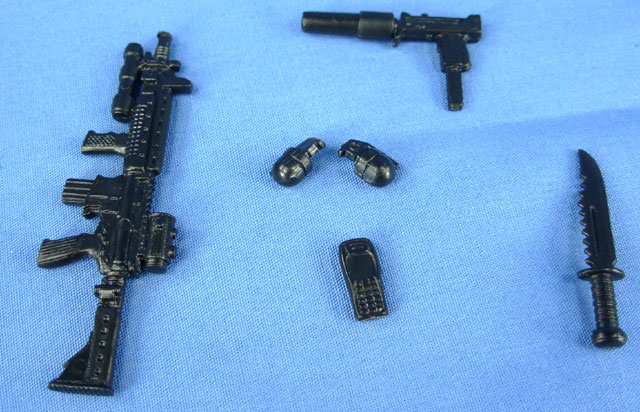 Along with a great figure, with some help from Marauder, Inc. JoeCanuck has also given us some terrific accessories to go along with this great figure. With the NVR automatic rifle, the silenced Mac-10, a pair of grenades and the survival knife gives Shiver a veritable arsenal to work with. Each accessory works very well and they are all great choices. I only hope Marauder, Inc. continues to support the JoeMeet in the future, as that will give us such a wealth of great weapons that can really top off these figures nicely. 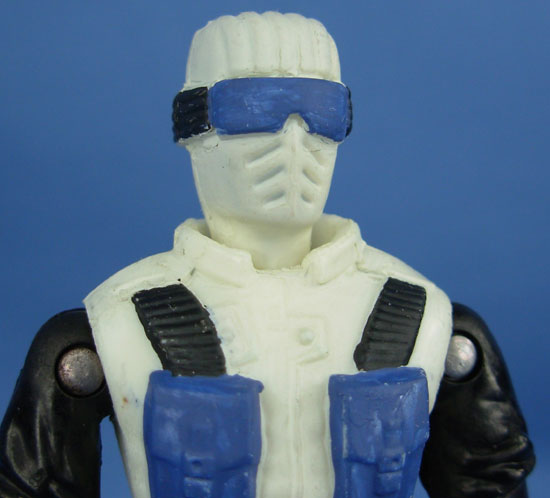 Does Shiver surpass Black Ice as the greatest JoeCanuck exclusive ever made? No, he doesn't...but those are some VERY big shoes to fill. What Shiver does do, though, is add another very cool element to the JoeCanuck "mythos" and he makes for a great bad guy and compatriot to the infamous Black Ice. His colors offset his mentor's perfectly, his specialty is great, and the parts chosen are fantastic. All in all, from the terrific card art by Jason Loo, to the character write up and parts choices, the JoeCanuck boys have again come up with a fun, unique exclusive for their JoeMeet. Only available in person at the Meet in Hamilton, Ontario each year, the brains behind this small scale meet continue to surpass expectations and do things that the bigger boys sometimes have problems with. They definitely deserve our support and our praise, and hopefully even more folks can make the trip next year to see how great these Meets are first hand! 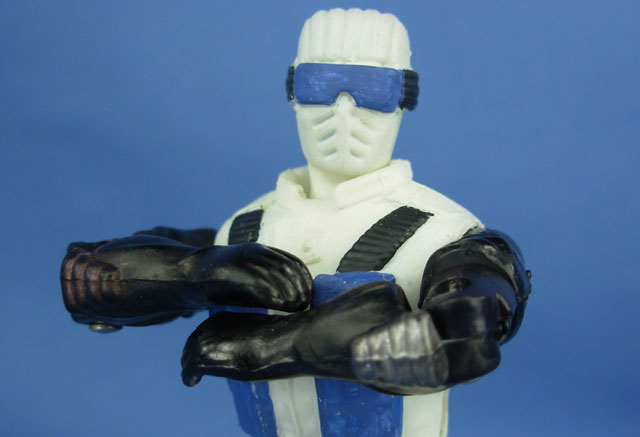 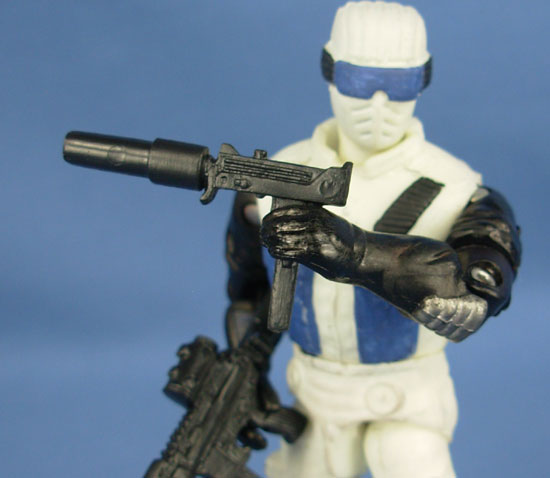 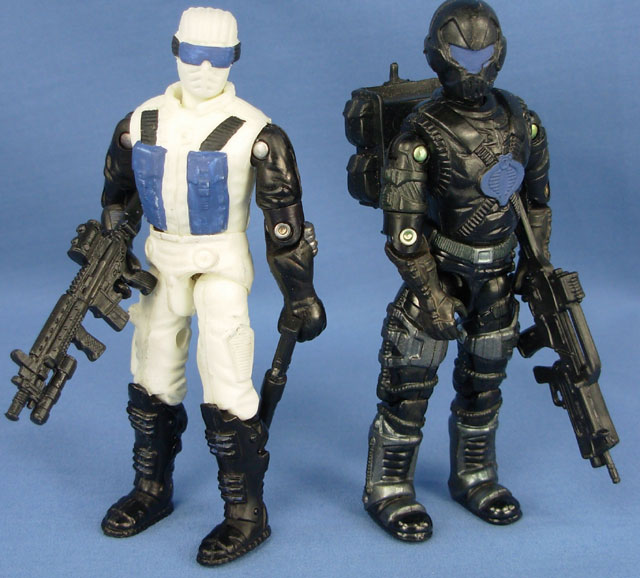 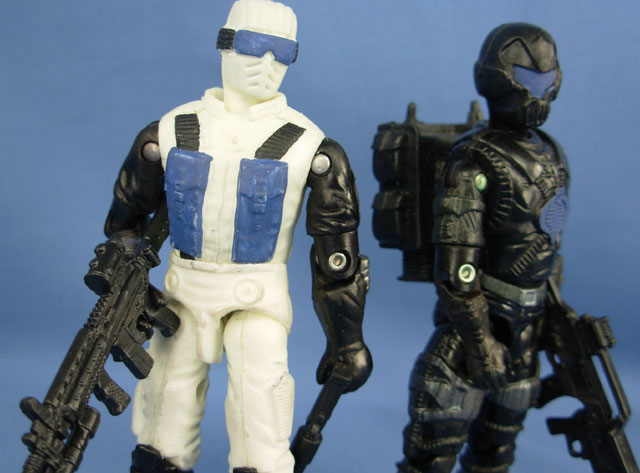 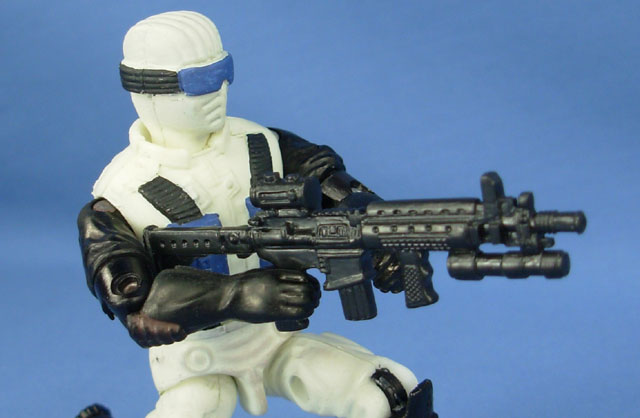 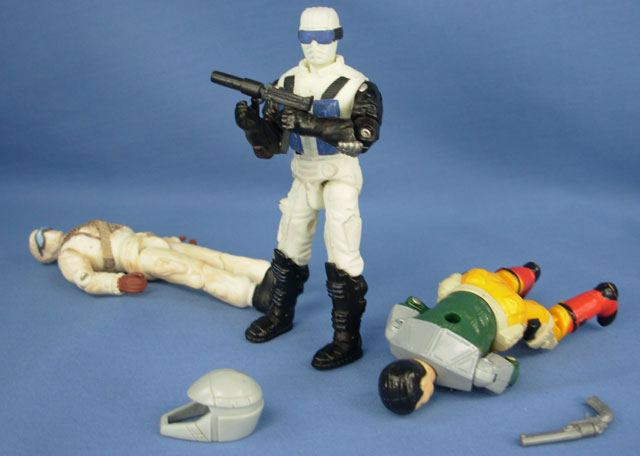 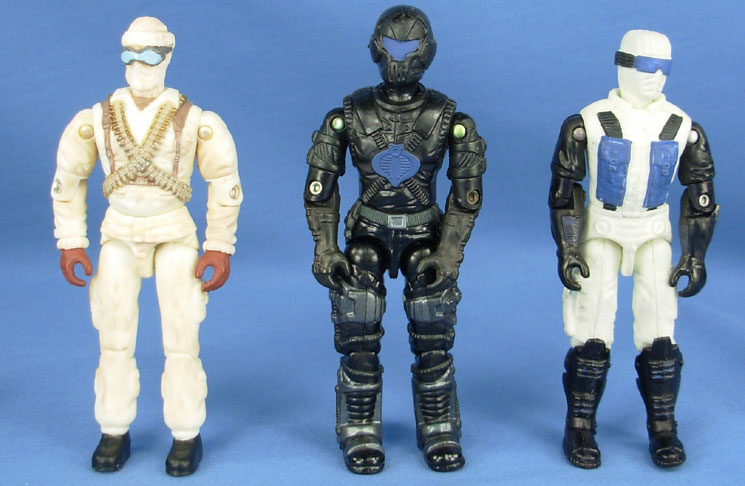