The hunt for the rarest G.I. Joe Comic ever begins now… 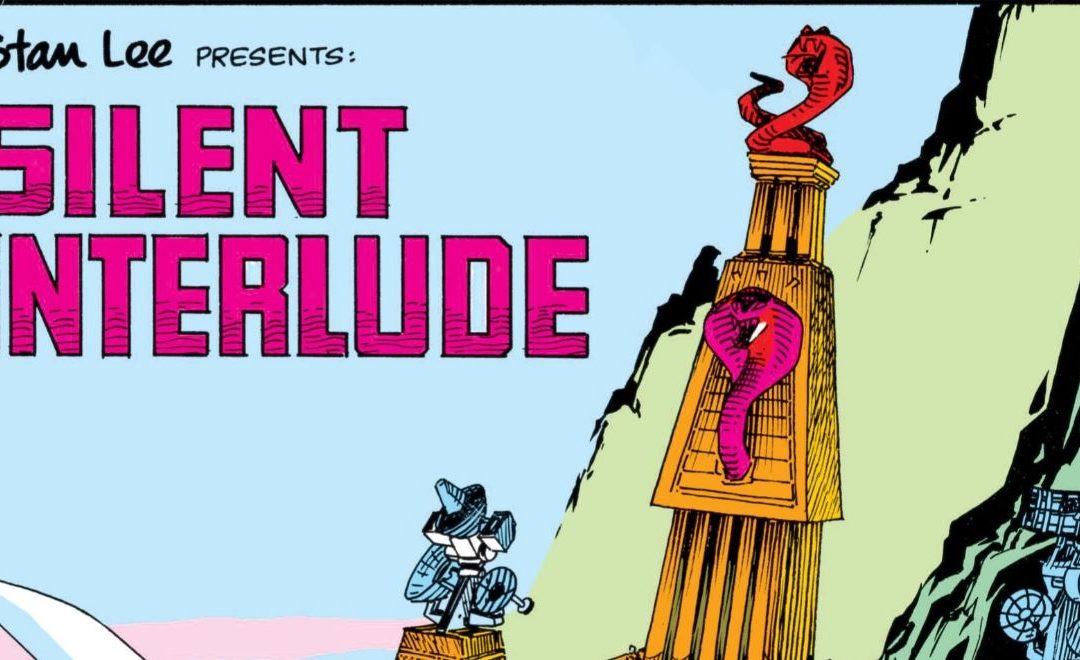 Hey Joe Fans Hope all are staying safe at home. Joe Declassified and General’s Joes Reborn are teaming up to help solve one of G.I. Joe Comics greatest mysteries. (And to give you a reason to dig in your comics boxes).

Below this introduction is a history of the #21 2 nd Printing Hunt that is written by Josh Eggebeen.

What we are asking the Joe community to do is help find a #21 2 nd Printing and/or new information that helps solve why in 36 years no one has ever found a #21 2nd Printing.

So dig through your brains, dig through Joe comic boxes and help find #21 2nd printing. The logo connected with this post shows the four versions of #21 released in the 1980’s. Of course #21 has been recreated numerous times in many different versions including the comic pack version in 2000’s.
So those don’t count. So read the theory and the history below. Joe Declassified members will be helping verify any new information found.

If you have any insight into this, hit up JoeDeClassified on Facebook and report your fan findings or fan theories!

Phrases like Holy Grail, Biggest Mystery and Just a Theory apply to lots of aspects of comics. And for G.I. Joe comics, those phrases have all been applied to the G.I. Joe #21 2nd Printing.

This Holy Grail hunt has been happening for 36 years.

A brief history on why the G.I. Joe #21 2nd Printing has been so elusive:

Marvel Comics G.I. Joe #21, titled Silent Interlude, came out in March 1984, written by Larry Hama; it is a landmark issue in the comic industry and has been well documented on its creation. It’s importance in terms of story, connecting Snake Eyes to Storm Shadow’s history together, gave G.I. Joe A Real American Hero a long term story that is still going strong today.

There is a Snake Eyes movie coming out in October of 2020 that can trace its roots to this one issue. Larry Hama created an issue without a single word, commonly referred to as the “Silent Issue” and to this day, only a few writers have written a no dialog issue. #21 has inspired numerous kids to become comic book artists themselves as adults. So issue #21 is generally ranked as one of the most influential comics in history on many levels and for many reasons. Plus, it helped sell a toy franchise, let’s not forget that.

Now G.I. Joe in 1984 was close to Marvel’s top selling comic, G.I. Joe as a brand was reaching the height of its popularity in the culture with booming toy sales, a TV cartoon and a tremendous amount merchandise everywhere. So doing a 2 nd printing of Marvel’s most popular comic was a very common place occurrence, more then half of the first 64 issues have second printings.

The true mystery of the #21 2 nd Printing really starts with its 3 rd Printing.
The #21 3rd Printing would have been released in July, 1985 (same month as GI Joe #37). This can be verified by matching the advertisements Marvel used in its comics.

But no known G.I. Joe #21 has ever surfaced with the typed words “2nd Printing”. So how do you get from 1 st Printing to 3 rd Printing without a 2 nd Printing? There are couple obvious questions to be asked: first was the 2 nd Printing labeling was just skipped, was this just a human error? Was there literally a printing problem that happen to the 2 nd Printing? Well in the 36 intervening years there has never been a rumor in the G.I. Joe community nor any Marvel employee who talked about any errors in connection with #21 printing.

Lacking any rumors or knowledge of an error, the collective Joe comics collecting community came to create a theory that the #21 2 nd Printing came out without the words 2nd Printing and would have been released between April 1984 and June 1985 and would have a Black Spidey Head in the Direct Market Box.

So operating on this theory the mystery of the #21 2 nd Printing started.

Part 1 of the Mystery – the Printings:

The mystery of #21 2 nd Printing starts with how the comic industry handled reprints of issues. To briefly explain: An issue of any particular comic would sell out in the comic book stores. To get more of the sold out issue, the comic book store would have to reorder the issue, and the publisher then would reprint the issue based off the number of reorders. These reorders would usually take a few months to be reprinted and be
received. This new batch of comics would be labeled 2 nd Printing and be placed on the shelves again. These printings were generally labeled to indicate a clear difference between versions for a collector and the comic book shop.

The most obvious difference was that the phrase “2nd Printing” was typed below the indicia copyright information section on the first page. In general, a 2nd Printing also had a few differences on the cover, and the interior advertisements were almost always different. So for the different printings its possible to match the month it was released by the advertisements inside.

Part 2 of the Mystery – the Direct Market Symbol:

The second part of the theory of the 2 nd Printing revolves around the Direct Market Symbol. The #21 2nd Printing mystery is tied into another major event that happened the next month in Marvel history.

Amazing Spider-Man #252 is the 1 st appearance of Peter Parker wearing the Symbiote Suit in the main Spider-Man series. Though chronologically it’s actual first appearance was in Secret Wars #8, several months later. This suit would go on to become Venom and be one of the most fan favorite changes to Marvel’s most popular character. In connection with this new costume for Marvel’s most iconic character, Jim Shooter, the Editor in Chief of Marvel, changed the Direct Market logo on all Marvel comics from the previous White Spidey Head to a Black Symbiote Spidey Head. Here is a quick overview of the Direct Market symbol history; it starting in 1979 as
comic book publishers started selling comics directly to comic book stores and bypassing the newsstands. A system was set up where comic book stores ordered and never returned a certain amount of comics. Newsstands were able to return unsold issues or just their covers, comic book stores could not return them. The difference in the issues was determined by a box in the bottom left corner.

Part 3 of the Mystery – The Collector Hunt.

So by 1994, the G.I. Joe comic series ended. And the fans who grew up reading the book were generally headed off to college and new lives often away from their comics. But the collectors who remained, when there was little to collect for G.I. Joe comics, started discovering differences on the cover; and other notable variations between printings this knowledge of Direct Market/Newsstand, 2 nd and 3 rd Printings and Canadian priced variants was slowly added to the community knowledge base. Part of
collecting G.I. Joe comics was hunting for the 2 nd printing of #21 but it proved elusive. At the time of the release of #21 2 nd Printing, it’s unlikely that any collector actually wanted the 2 nd Printing. So no one was hunting for it when it was released.

And in general, even to this day, 2 nd Printings don’t have the value of a 1 st Printing. So its likely more then a decade went by before anyone was even really looking for it and during the 36 years of #21’s history, its also very likely that collectors have had #21 2nd Printing sitting in a long box and didn’t know it.

Part 4 of the Mystery – the Collector Theory

The best theory that collectors could figure out about the #21 2 nd Printing became: #21 2nd Printing has a black Spidey Head in the Direct Market box.

Contains no markings, typing or anything other then the normal #21 1 st Printing indicia copyright information in the space at the bottom of the first page.

The advertisements on the inside and back cover will be different then both the 1st and 3 rd Printings.

Other differences may appear on the cover like price, codes, M logos, wording changes etc. For decades, no collector has been able to find a confirmed version.