For the past several years, the Collectors' Club has had a pretty predictable formula... they worked 90% in the vintage tooling, then mixed in some "new sculpt" stuff for the membership incentive figures and the smattering of Convention related items as well. This year, however, they seem to be turning that on its ear, and many would say not for the better. The convention for 2009 will supposedly be littered with Anniversary tooling while the membership incentive figure is an Iron Grenadier themed Undertow. As a big fan of the vintage style, this obviously upset me, but if nothing else, I can at least look at the bright side and see that we are finally getting an Undertow figure that we've been clamoring for. In fact, I dug up this Photoshop concept that I did a few years ago to convince the Club this was a good idea.

Really, to me, this seems like a no brainer. The Iron Grenadier convention set was probably one of the most well-regarded and popular sets that the Collectors' Club has released...we know the Undertow tooling exists, and we know he was an Iron Grenadier trooper, so why not put two and two together? Well, the Club finally did it, and I could NOT be happier. 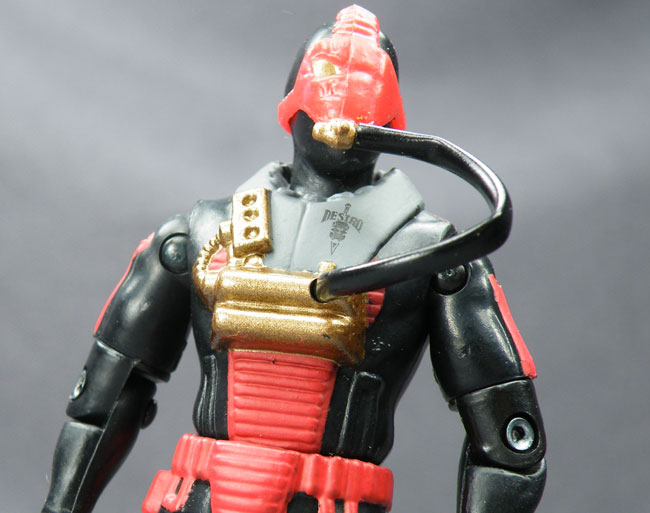 The figure uses the very under-rated 1990 Undertow tooling, soup to nuts. One difference is the torso, which got retooled with a hole instead of a peg at somepoint during the 2000 run of figures, and it has maintained that look ever since. The small touches on the Undertwo figure are what really make it stand out. The huge collar around his neck adds some beef to the figure, while the rest of the sleek tooling retains a speedy, underwater look.

It's quite easy to make a boring, no-frills undersea trooper, too, just slapping him in a wet suit and releasing him a few dozen times (which seems to be the tact of the Anniversary line, though thankfully some tweaked secondaries break up the monotony somewhat). Here, though, the designers gave the figure some great added detail with the textured collar, chest-attached airtank, and patterned tunic. He's also got sculpted pads on his legs and upper arms, and its all topped off by the understated knife attached to the sheath on his lower leg. None of this detail is out of the ordinary or really unique, but it all comes together very well, and the mold for Undertow is the perfect example of a very nice, simple, yet effective 1990 era action figure that too often gets overlooked and unmentioned. As usual, though, the mold is only as good as the paint job on top of it (at least in many folks' minds), and I'm happy to say that the Club has applied a fantastic set of paint apps that compliment the sculpting very well. Obviously using the template from the 2005 Convention Exclusives, Undertow has a flat black wet suit while all padding and raised texture is done in the same red shade as the other IG's in the Con set. His sculpted collar and gloves are the same familiar shade of gray, with gold for the airtank and knife handle. Every color gets transcribed perfectly from the Iron Grenadier pallet, and meshes to this figure with near perfection. No complaints about overly bright colors or paint apps that don't make any sense here. This figure works on every level. 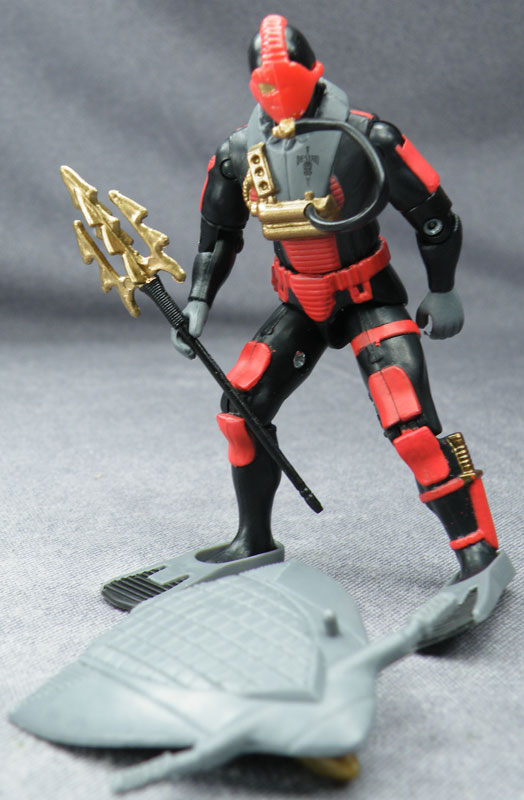 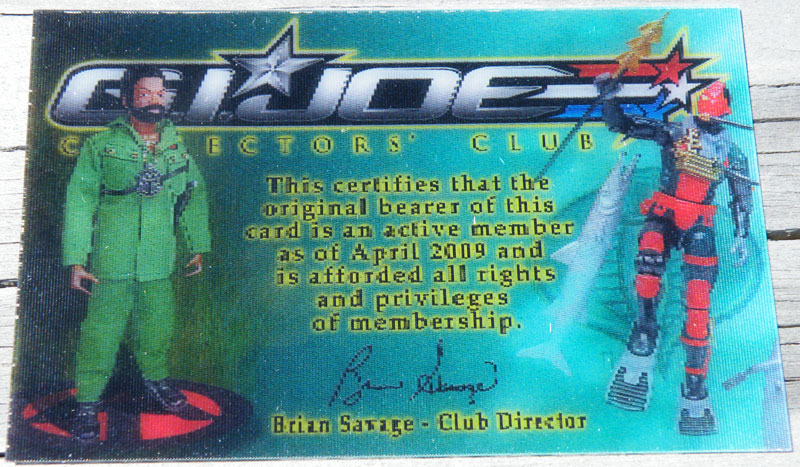 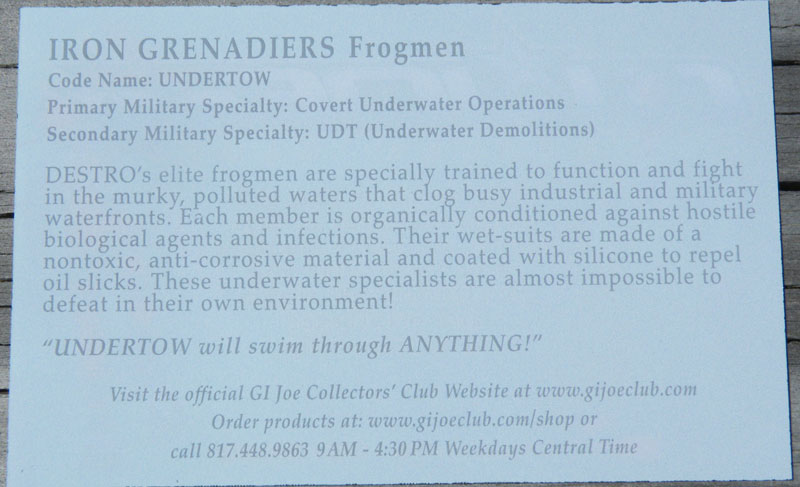 As with every other figure in the 1990 line, Undertow came loaded with accessories, though honestly I'm quite underwhelmed by most of them. As a water expert, he has his trademark flippers (which thankfully are nicely different than the more standard fare in the vintage line), and his absolutely awesome tight-fitting scuba mask. And yes, "tight-fitting" might be an understatement. Ever since 1990, this scuba mask has tenuously walked the line between "sleek" and "broken", and this one continues to do the same. The plastic does not feel very malleable, so take care when putting it on your Undertow's head. Beyond this, one of the coolest things about Undertow is the fact that his airtank is a small sculpted detail on his chest that connects to his facemask, which takes a lot of the bulk away with no need for a clunky backpack. I also really do love his underwater sled...he holds it well, it's small, and sleek, yet still manages to be able to mount and fire a torpedo. 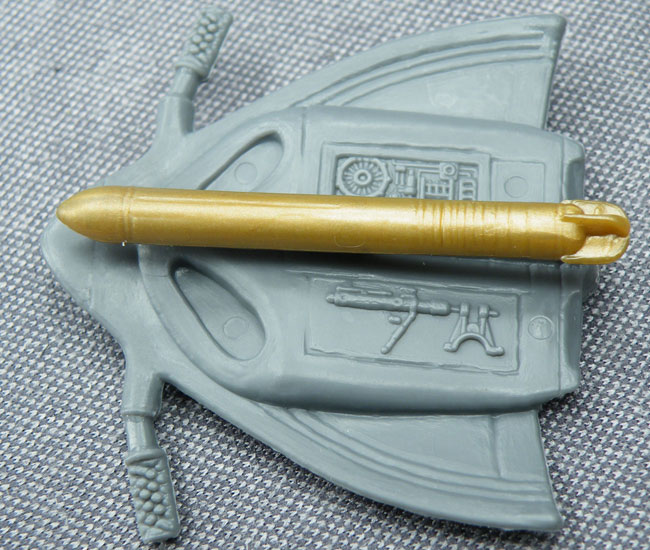 However, the total lack of a firearm is kind of disappointing. I do have to give the Club kudos for digging up the tooling for the barracuda, but in all honesty, I would have preferred they'd spent the money tooling up the Depthcharge underwater machine gun (that they recently used with the Headhunter Con set) rather than include an animal comrade that I found no real use for the first time around. While Undertow has a great sea sled, face mask, and flippers, I find it hard considering him threatening as he charges into battle with a barracuda and a trident and nothing else. Still, there are plenty of weapons (and weapon sources) out there, so that's only a small complaint...something to consider in the long run, however.

Even with these (extremely minor) complaints, this figure is stellar. Its unusual that I find myself loving a membership incentive figure more than any of the Convention figures, but I have a feeling that might be the case this time around. Sure, the Club might still surprise me and pull a rabbit out of their hat (that is definitely one of their overlooked specialties) but it would have to be a pretty damn big rabbit to overshadow this terrific addition to my Iron Grenadier corps. Sure there are faults, but all in all, this figure has been one of the highlights of 2009...I just hope it doesn't remain one of the few going forward. 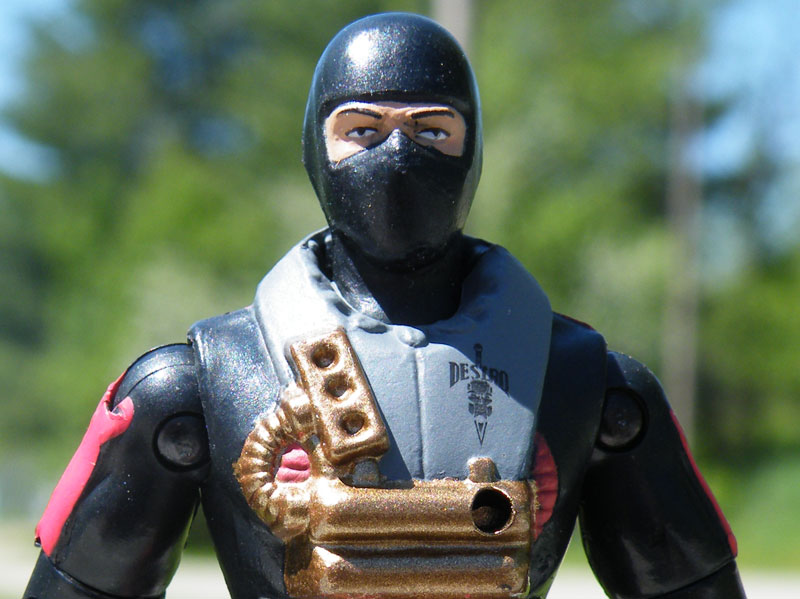 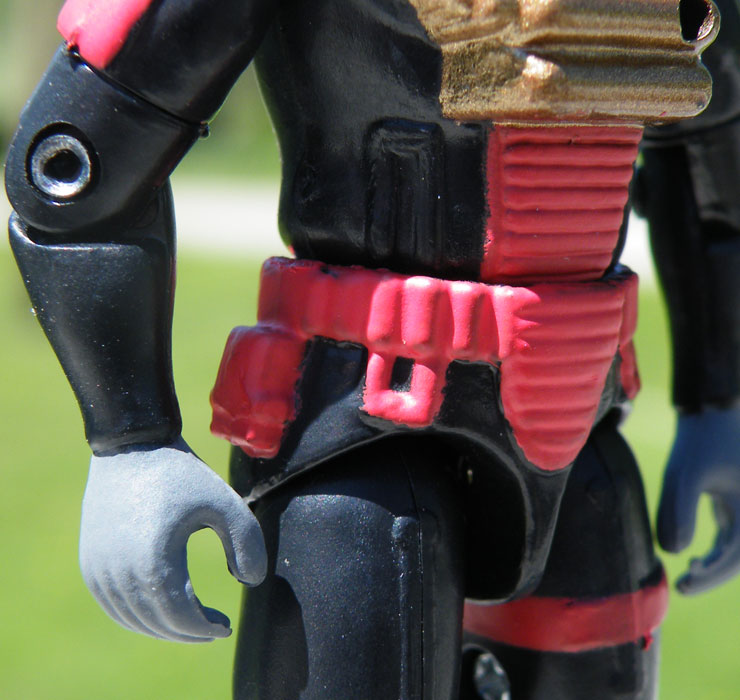 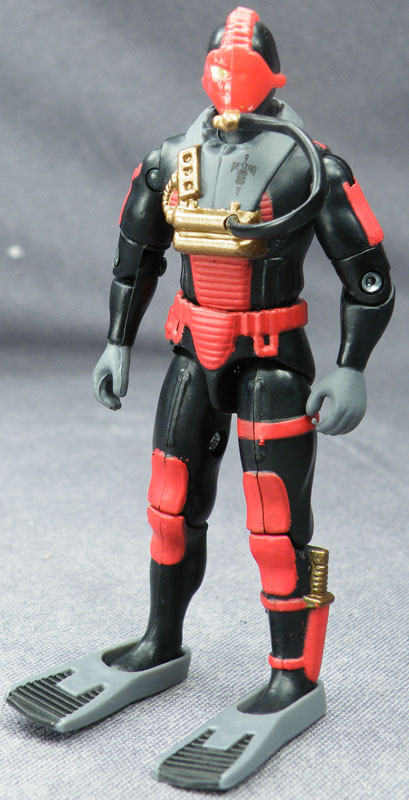 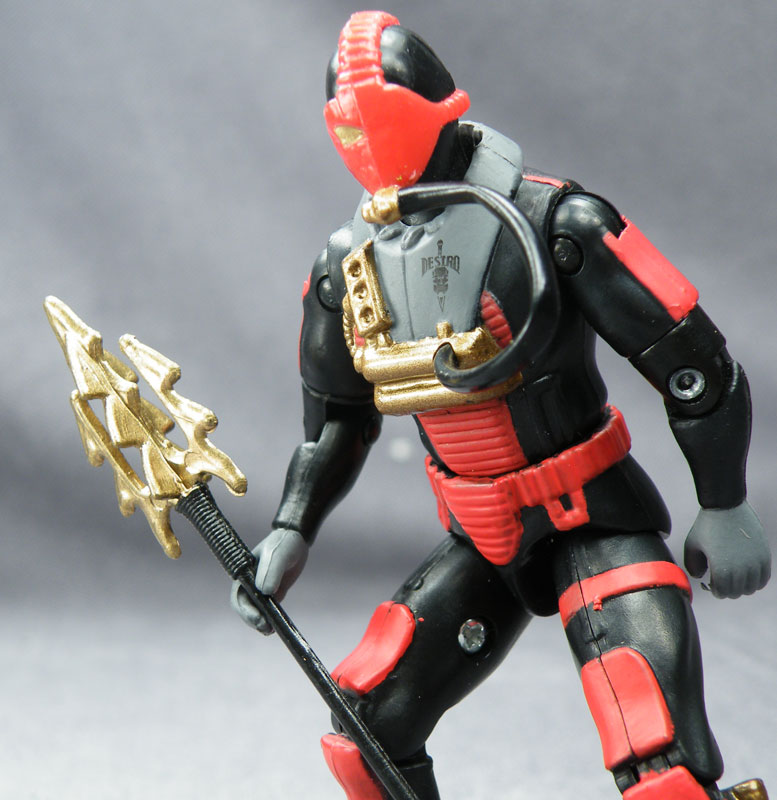 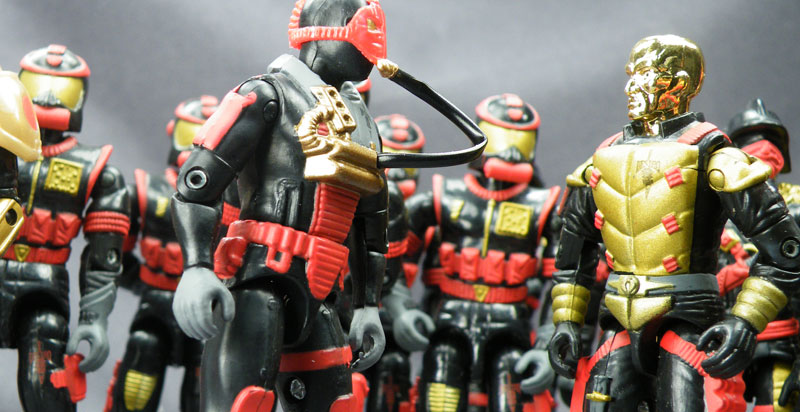