Something that Joe fans have been complaining about on a pretty consistent basis throughout the line's relaunch seems to have been fixed by Hasbro with Valor Vs. Venom, but it doesn't seem like anyone notices, or at least, is being quiet about it.

Not too long ago, it seemed as if we were getting Snake Eyes, Duke, COBRA Commander, etc crammed down our throats in every other wave. Not only that, but with each wave we were getting a rash of repaints with hardly any paint changes, but still requiring an extra $7.00 of our money to maintain our "collection".

Well, here we are, almost 10 months into the Valor Vs. Venom line, and this is only our second new sculpt Snake Eyes different figure since the beginning of VvV. This wave also features only the second different new sculpt Duke, and it's actually an improvement (with Action Attack removed and an O-ring inserted) over the original. Gone are the waves with minor paint alterations to major characters, forcing us to add yet another Duke or yet another COBRA Commander to our already swelling ranks. Both re-releases of the figures this year feature changes that make them better than the previous version, and are only really the second version of each character. The first time I saw this figure was at the 2003 convention in San Fransisco, and even then the mold really appealed to me. Taking pages from numerous areas of Snake Eyes' storied history, the sculpting on this figure manages to bring out some of the commando look, some of the "super hero" look, and a lot of the martial arts look, yet still incorporates it together successfully into one figure that sums up Snake Eyes well.

The head sculpt is great, and I really love those goggles, although I still think the armored faceplate would have been a GREAT look for Snakes, too. The skin-tight mask and goggles mesh as they should and look terrific, immediately looking like Snake Eyes, yet also looking sufficiently different from past versions.

The tunic definitely draws some serious Kung Fu monk comparisons with the overlapping layers and chest-buttons, which I love. It gives Snakes the oriental look he should have, without going as far as giving him a martial arts uniform, which would sacrifice too much of his military aspect and compromise his overall appearence, I think. This mold is the same mold as we got in Wave 1, and I really don't mind too much, since it's a great representation of this character. The chest straps and belts scattered throughout are nicely sculpted, yet also seem to serve a purpose, instead of being added detail simply for details' sake. It also almost looks like the machine gun on his right thigh has been retooled a little bit, and it looks a whole lot more realistic to me. Perhaps it's just an edited paint job, but whatever the case may be, it looks much better.

Well, you can't go wrong with black, right? It's always been Snake Eyes' trademark color, and when Wave 1 came out with a more dark gray uniform, people immediately wondered where the black was. This figure is pure, jet black and it looks fantastic with this uniform, style, I think. Not only that, but the straps and trims are done up in a striking royal blue, an almost metallic twinge to it and they compliment the black uniform to perfection. There aren't many other colors on this figure other than those two and the occasional smattering of silver, but it doesn't matter, the figure looks great. Add the crisp, clear, red Arishikage symbol on his right shoulder and the figure just looks great. An awesome Snake Eyes update. 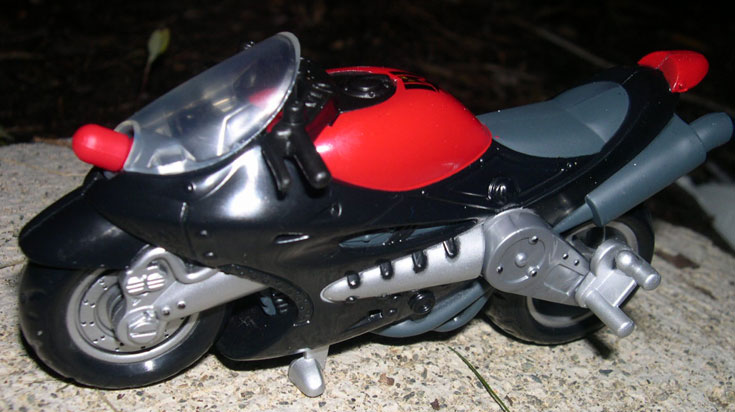 I figured this was the best place to mention the Ninja Lightning cycle that the figure comes with. The fact that Hasbro is again kind of offering mini-vehicles along with figures is a great thing, in my book. I loved the Barrel Roll/Glider and Depth Charge/Jet Ski packs, and this pack fits that mold perfectly. The first time I saw the Ninja Lightning I got a kick out of it...yeah, the bike is not at all military, but it looks really, really cool, which is all that matters to me. Add that to the focus that the motorcycle got in the Valor Vs. Venom movie, and it makes it all the cooler in my book. I don't look for sheer military realism in my G.I. Joe toys...I just look for fun, and this bike is a lot of fun!

It's thin and sturdy, with a surprising amount of detailing...the dials and meters between the handlebars are sculpted in there, as are the treads on the tires and even the exhaust pipe. The sleek outer structure hides a lot of the engine stuff, but the detail is impressive, especially considering we're getting it as part of a figure pack. Besides rolling tires and a firing missile there aren't a whole lot of movable parts, but still the bike works well. The footpads have pegs on them so the Joes' feet can sit firmly on them and not slip off, and the hands hold the handlebars pretty securely. MY only minor gripe might be that since Snake Eyes was packaged riding the bike with those stupid elastic bands on his hands, that one of his hands his formed a little wide from gripping the handlebar. All in all, though, the color, design, and sculpting of this little motorcycle is great, and I love it! Now I just need the Target Exclusive Storm Shadow with motorcycle as well (not so subtle hint to those of you with Targets in the area...).

Is the character of Snake Eyes overdone? Yeah. Have there been way too many Snake Eyes figures released over the years? Absolutely. Is this an okay update and acceptible figure? Definitely. Even with the huge amounts of Snakes figures released over the years, it's time to accept the fact that he will be making several appearences throughout any given year that the Joeline is released. As long as we can accept that and appreciate each figure for what it is, everyone will be a lot happier. This is a great update for Snake Eyes and he comes with a pretty cool little motorcycle as well. Not the highlight of Wave 4, but something that folks should pick up once they see it. 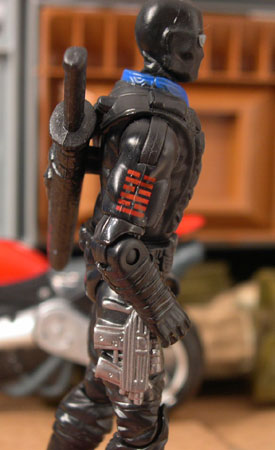 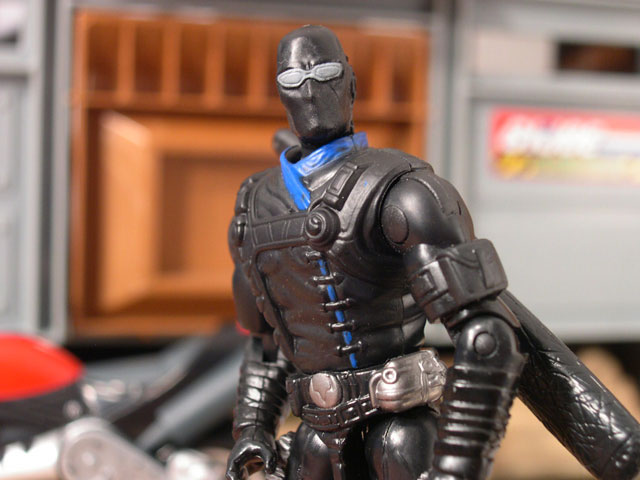 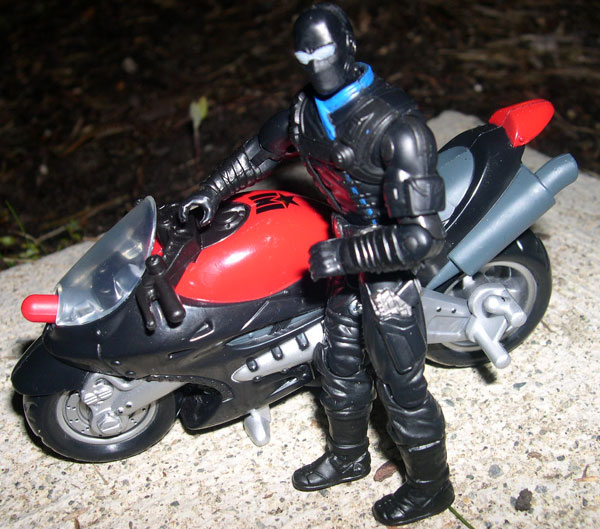