Along with the aforementioned Wolverine Origins figures that are breaking street date by about 3 weeks, the non-dated Marvel Universe 3 3/4″ figures are also starting to spread throughout the retail landscape.  At the moment, I’m a bit more keyed up for the X-Men  inspired flavors, but the initial run of Marvel Universe has some good stuff in it as well.  There are scattered sightings being reported over at one-18.com, and Gary from the  Coil Club has also provided some neat pics alongside some Anniversary figures as well: 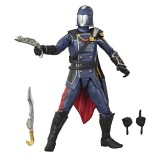 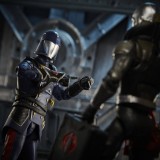 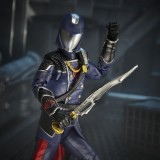 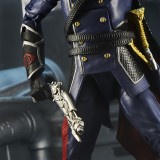 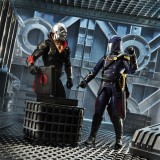 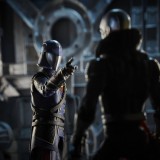 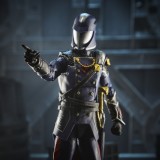 Keep watching, news and info are going to be flying hot and heavy leading up to my trip to New York next week.  Looking forward to it!

Saw this post over at The Terror Drome, which announced that IDW will be holding  a panel at the New York ComicCon tomorrow, so stay tuned for any news and intel that comes out of that!

Don’t forget that G.I. Joe #2 hits stands on Wednesday, February 11th as well, and expect to see a review on GeneralsJoes shortly after release:

A team of JOES in Manila is hot on the trail of an international arms dealer, but find themselves opposed by… Snake Eyes? Back in The Pit, a new enemy reaches from across the world to strike at the home base of the JOES. This is their first encounter with Destro… and maybe their last. Featuring a special Adam Hughes “Baroness” variant cover!

Also, G.I. Joe Origins #1 should be hitting this month as well.

Expect a heavy dose of Marvel 3 3/4″ pics and reviews in the next couple of days, too.  Gotta love the weeks leading up to Toy Fair!  🙂

We wanted to tell you about a some news and new product listings at SMALLJOES.